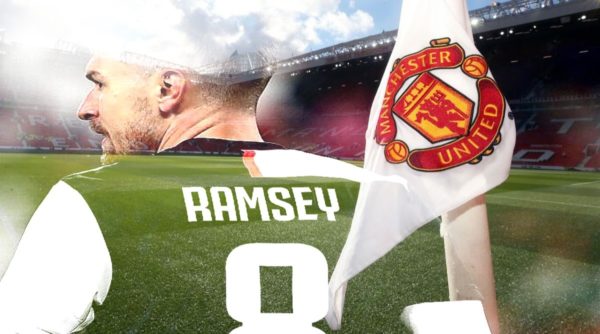 Ramsey has been a player that has dominated the transfer headlines for United over the past few weeks after it emerged that he could be leaving Juventus this transfer window.

The midfielder was highly-sought after by the Italians when his contract ran out at Arsenal, but during his spell with the club, he ha snot performed like many had hoped and he has been struggling to make any sort of impact.

That has led to suggestions that he wants to make a move back to the Premier League, where the likes of Tottenham, Manchester United and Arsenal are all eyeing up a potential transfer deal.

United are in need of adding a bit more goal threat to that squad as they are lacking goal-scorers, and reports have suggested that they see Ramsey as a man that can come in and add maybe ten goals a season.

Now, many clubs in the Premier League have all been boosted by the news that he could be coming back to the Premier League after boss Allegri opened up and announced that he would be leaving the Italian giants this January window

Speaking on Wednesday, Allegri said: “Ramsey is on the way out of Juventus. I think that the squad will 99 per cent remain what it is right now.”

Ramsey is a player with alot of quality on the ball and still has that threat of scoring, but he is nowhere near good enough for this United squad and they should not even think about making a move.

Paying him £350,000-a-week to sit on the bench would not be a wise move, he was good while at Arsenal, but he is no longer that player and would struggle back in the English game.

YOU MAY HAVE MISSED: Rangnick announces World Cup winner Martial is free to leave as Manchester United close in on deal for £137 million man