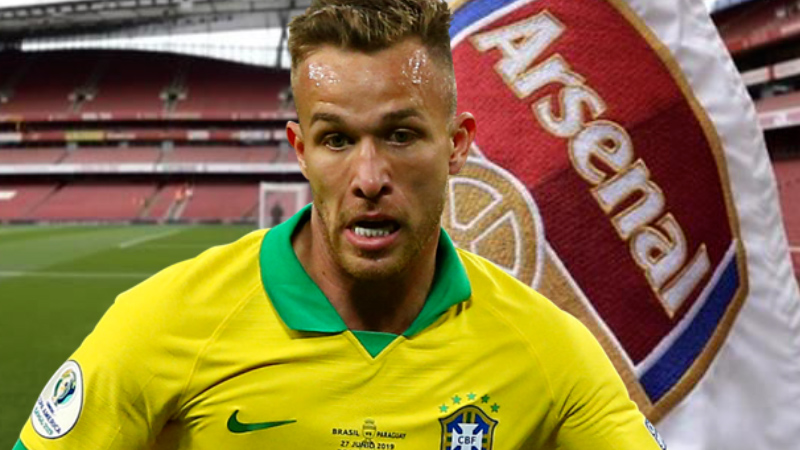 Arsenal are in advanced talks to sign Juventus midfielder Arthur Melo on loan, according to reports in France.

Mikel Arteta has made it clear that he wants to strengthen his midfield options before the end of the January transfer window, and that has led to many reports linking the Gunners with a number of potential signings.

But according to RMC Sport, Arsenal’s ‘priority’ is to secure a loan deal with Juventus for Arthur.

Arthur, whose contract with Juventus runs until 2025, has started just three games in Serie A this season and he is eager to get some more game time at this stage of his career.

The report claims that ‘negotiations are advanced’ between Arsenal and Juventus to sign the Brazilian on a temporary deal for the remainder of the season.

Speaking on Wednesday, Mikel Arteta acknowledged that the market is ‘very difficult’: ‘What I really want this month is that we have as many players as possible fit and healthy and that we do the best and maximum with those players,’ said the Arsenal manager.

‘After we have a strategy of how we want to evolve and improve the team, and whenever that is possible we are going to try to do it.

‘We all know that this market is extremely difficult.’

The problem with Arsenal and signing players is that they take far too long to get potential transfer deals done, or they do not want to pay the amount it would take to get deals done.

Artur is a decent player that will add to the squad until the end of the season, but as we said, it comes down to the board and if they are prepared to spend money this month, or wait it out and hope that Arteta can keep producing the results it would take to get back into the top four spots.

YOU MAY HAVE MISSED: Arsenal ‘are in talks’ to sign brilliant Premier League striker, Mikel Arteta a massive fan!

ALSO CHECK OUT: Powerhouse to be ‘an interesting signing’ Arsenal told as striker wants £300,000-a-aweek contract