Dutchman to make sensational Premier League move after being seduced by Arsenal? 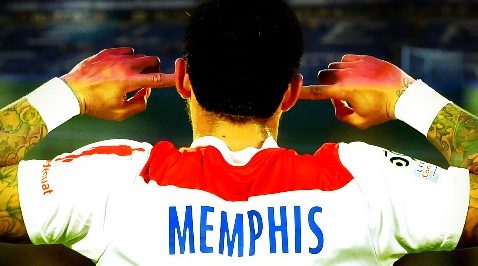 Barcelona star Memphis Depay could make a sensational return to the Premier League after being ‘seduced’ by several English clubs, including Arsenal

Barcelona were in shambles after Lionel Messi left the club, as they were depended heavily on him for goals and as soon as the player left the club, there was a void and a lack of goals.

Dutchman Memphis Depay was brought in to fill in the space left behind by the Argentine but he was not consistent enough in front of the goal and injuries have also messed up his time with the club.

That has led to speculation in the media that Barcelona boss Xavi is now open to the idea of letting the attacker leave in the transfer window, and the Premier League is a place that he could come back too.

According to Superdeporte, Manchester United flop Memphis is being courted by the Gunners

Arsenal are looking to strengthen in attack after losing Pierre-Emerick Aubameyang, while Alexandre Lacazette and Eddie Nketiah are likely to leave as free agents.

The Gunners will need to add strikers to the attack in the summer, Depay is not the man for that