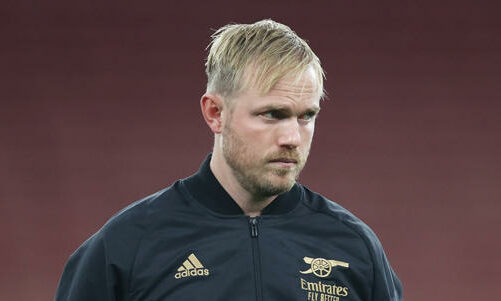 The Gunners, who are currently second in the Women’s Super League (WSL) table and face leaders Chelsea at Emirates Stadium on Sunday, want to bolster their squad as part of a title push.

The goalkeeper, who has earned 24 senior international caps for Canada, has signed from Swedish side Vittsjo GIK and, along with Kuhl, Pelova and Queiroz, could make her debut against Chelsea.

“It feels amazing – it’s an honour to be here and I’m so excited to get started with the team,” said D’Angelo.

Head Coach Jonas Eidevall added: “We’re delighted to have signed Sabrina. She is a top goalkeeper with plenty of experience in both Europe and North America and we’re confident that she will be a strong addition to our squad.”

Head of Women’s Football Clare Wheatley said: “Sabrina is an excellent goalkeeper and a great character so we are very pleased to have brought her to Arsenal. She has a proven track record with experience at both club and international level and we look forward to seeing her in action soon.”

Eidivall is looking to add some more depth to the squad and has managed to do that with the signing of Sabrina – she really is a quality stopper that will be more of a challenge to the other goalkeepers than what many believe.