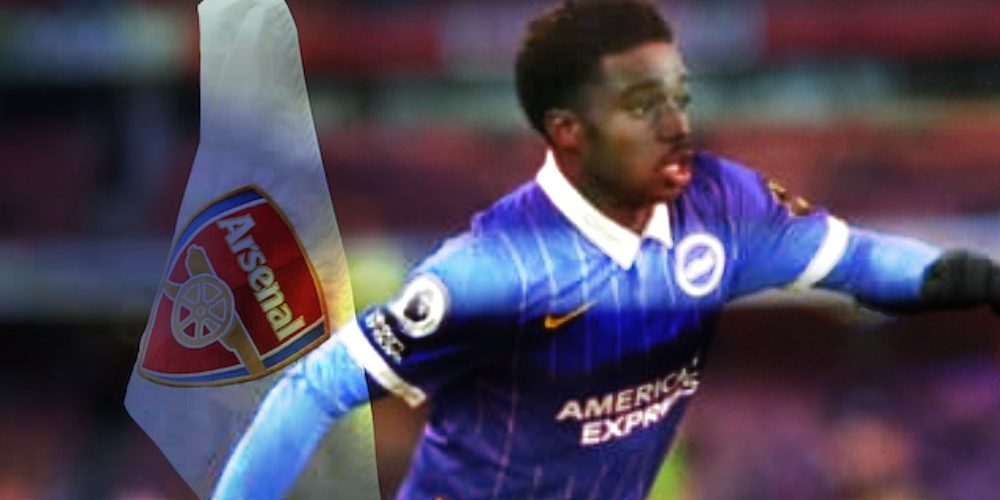 There has been alot of speculation in the media over the past few weeks that long-serving Hector Bellerin could be leaving the club this transfer window, with the likes of Roma and PSG just two clubs that are linked.

That has led to speculation in the media that the Arsenal board have been eyeing up an ideal replacement for the Spaniard, and have identified the exciting Lamptey as his long-term replacement.

Lamptey left Chelsea in search of regular football, a move that shocked many people, but since his move to Brighton, he became one of the best right-backs in the Premier League and is heavily tipped for a summer move

Now, Icfootballnews has learned that Arsenal will step up their chase to sign Lamptey this summer after Bellerin reportedly handed in a transfer request earlier this week

However, Brighton are unlikely to entertain any offers under £50million, and firmly believe that no club are willing to pay that massive asking price after the player was hindered by injuries last season

We are massive fans of Lamptey and firmly believe that he should be at a club like Arsenal, and for the kind of money that he is going for, he is well within that price range of the Gunners.

They would be massive fools not to make a move for the Right-back in the summer, but if they want to improve and get back into that top four, they need to splash the cash and get the right players all signed up.

YOU MAY HAVE MISSED: Mikel Arteta encourages board to bring Spanish maestro to Arsenal in bargain deal

JUST IN: Arsenal ‘to push on and complete deal’ to bring in £50 million rated Englishman on big contract

MOST READ: Big news after long-serving Arsenal star ‘hands in transfer request’ after meeting with board