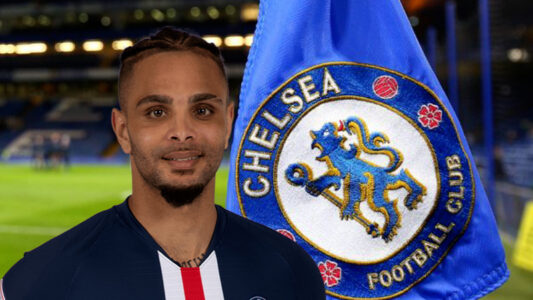 Now it is no secret in the media that Thomas Tuchel has had a number of issues with injuries to some key players, meaning that he has to delve into this transfer kitty and sign a new defender or two

And Tuchel wants another option at left-back to compete with Marcos Alonso and it looks like Kurzawa is likely to be it, with the Frenchman out of contention at PSG.

The 29-year-old has played 153 games for PSG since joining from Monaco in 2015 but has fallen down the pecking order and has not made a single Ligue 1 appearances this season under Mauricio Pochettino.

Now reports on the RMC Sport report that talks have begun over a loan switch, with PSG happy to let him leave and the short-term deal curing a headache for Tuchel at left-back.

Look, Chelsea do not need to spend alot of money and bring in some world class player, they already have Ben Chilwell, so when he comes back, they will be ok in that position

If the reports are true and Chelsea are closing in on a deal for Kurzawa until the end of the season, then it will be a very good bit of business as he will help them finish off the season.

The Blues are well behind in that title race and if they get anymore injuries, they may have trouble getting into the top four, all the clubs below them are coming fast.

So fans will be hoping that Kurzawa is not the only player that arrives at Chelsea in the coming weeks.

ALSO CHECK OUT: Chelsea Board told German has made transfer decision amidst contract talks