Chelsea have made move to bring Spanish International to Stamford Bridge 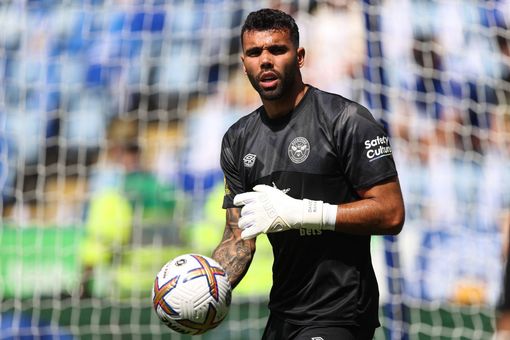 It has now been claimed that Chelsea have made their moves to try and sign Brentford stopper David Raya this transfer window.

The Blues have been one of the busiest sides this month, having already splashed the cash to sign David Datro Fofana, Andrey Santos, Benoit Badiashile, Joao Felix and Mykhaylo Mudryk as Graham Potter looks to strengthen his squad for the second phase of the season.

There are still a few weeks to go in the transfer window – meaning that the Blues still have plenty of time to do some more business – and now it seems that Raya isa  man that the club are interested in.

Kepa has been decent since coming back into the side this season – but still looks like a man that can make a mistake or two – while Edouard Mendy has been out for some time and is considering his future at the club.

Chelsea have now ‘made contact’ with the player, according to new reports from Spain.

The 27-year-old Spain international has made a total of 143 appearances since he arrived at Brentford in 2019 from Blackburn and helped Thomas Frank’s side clinch promotion to the top-flight after winning the 2021 Championship play-offs.

It is believed that Brentford would be willing to sell Raya in the summer if they cannot convince him to sign a new deal in order to maximize the best possible price for him.

Raya is a very good Premier League stopper that has been decent for Brentford – but is he really a better stopper than Kepa or Mendy? that is a question the club have to ask themselves.

But the club have shown that if they want a player – they will get them – no matter the cost.