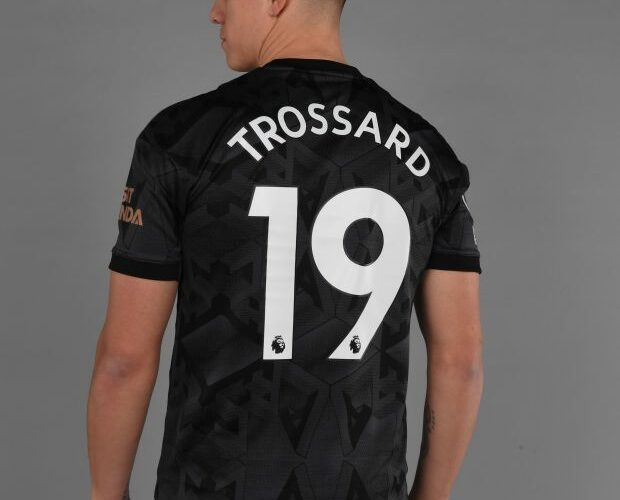 Paul Scholes has claimed that the signing of Leandro Trossard is a great signing for Arsenal .

Trossard had entered the final 18 months of his deal on the south coast after Brighton triggered a clause in his contract – but he was done at the club after falling out of favour at the club.

That allowed Arsenal to swoop in and offer him the chance to play for one of the big clubs – test himself at the top of the Premier League – and maybe add some silverware by the end of the season.

Now – Scholes has opened up and admitted that Trossard is a great signing for Arsenal – but they still need to add one or two new players this January window: ‘When you are going for titles, you need strong squads, you need players who can come in and replace players,’ Scholes told Premier League Productions.

‘Those players that come in might not always be as good as the starters, but they might even be better from the bench.

‘When Leandro Trossard came on for Gabriel Martinelli, I didn’t think it weakened Arsenal, it really didn’t.

‘So I think Trossard is a great signing. Two or three more would really boost this team to go on and win the Premier League.’

He scored 25 goals and added 14 assists in three-and-a-half years at Brighton – so he is a man that has the ability to score and create – which is what Mikel Arteta wanted. The Gunners have been linked with so many players over the past few weeks that many fans had wondered if there was actually going to e any signings brought into the Emirates.

Arteta said: “It’s great that Jakub is joining us. He’s a young versatile defender who has shown huge potential and qualities with Spezia in Serie A, and also at international level with Poland.

“Jakub is a player who will give us strength and quality to our defensive unit. We welcome Jakub and his family to Arsenal and look forward to working with him.”

Edu said: “We’re delighted to have completed the signing of Jakub Kiwior. He’s a young talent who we’ve been monitoring for a while now. We are now all looking forward to working with Jakub and seeing his continued development with us. We welcome Jakub to Arsenal.

Kiwior is a very gifted young man that hasa  bright future in the game – so Arsenal fans will be hoping that he lives upto all the hype.

Mikel Arteta has bene taking his time this transfer window in recruiting players that he believes will add some quality to the squad – with Leandro Trossard and Jakub Kiwior the latest stars to join the club.

Now – it seems that Arsenal could be closing in on their third signing of the January window – with reports suggesting that Fresneda will be the next player to make the move to London.

He has made 12 appearances in all competitions this season after breaking into the team in September. He started on the bench in Saturday’s 3-0 defeat at Atletico Madrid – coming on for the last half an hour.

A number of Premier League clubs as well as Borussia Dortmund have been interested in signing him, but The Athletic has been reporting that Arsenal have had a £13 million offer accepted for the player.

The report also says A potential deal this month would see Fresneda return on loan to Vallodolid until the end of the season, as one big factor on what Fresneda does next will be game time.

The Gunners currently sit top of the Premier League, five points ahead of defending champions Man City. But are looking to add players to the side that will give them a bit more depth and quality.

Arsenal may not be signing the biggest names players in the game – but they are certainly signings players with real talents – and Fresneda is a real talent.