Manchester United target Saul Niguez is set to announce his next club in the next three days.

The transfer window is still a few months away and there is still alot of football to be played before players can be signed, but that has not stopped speculation in the media linking the Red Devils with a number of possible signings.

And one man that has been constantly linked with a move to Old Trafford, is that of Niguez, who is regarded as one of the finest midfielders in Europe right now and is valued at over £120 million.

United have been in talks with the Spaniard for some time now as they seek to complete a transfer deal, and fans have started going crazy after The Atletico Madrid midfielder posted on Twitter that he would end speculation over his next move.

Translated from Spanish, his tweet said: “I wanted to communicate something important for you.”

Underneath that he posted a graphic saying ‘nuevo club’ or new club. 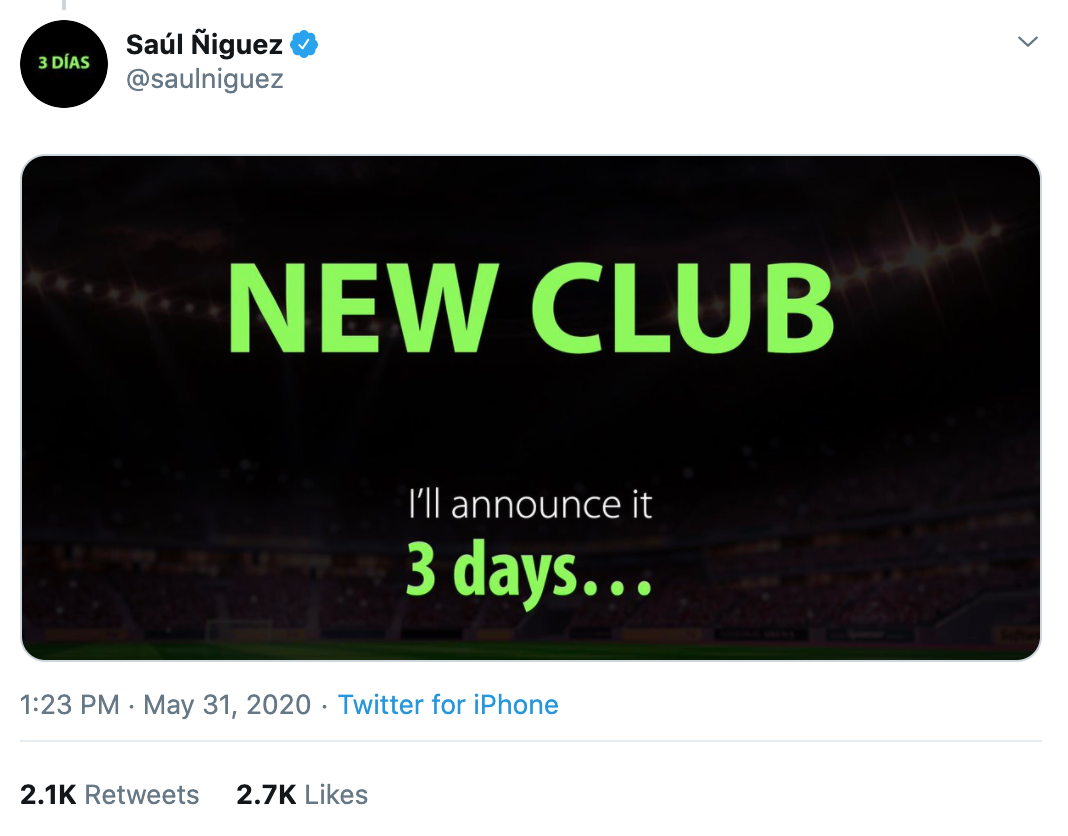 Niguez is just the type of player that United need to bolster their world class numbers, he is brilliant on and off the field. But considering the coronavirus is hitting clubs hard, it could be a massive shock to see the Red Devils pay such an amount for this man and then improve other areas of the pitch.

But saying that, Niguez would be a special signing that would bring something United have been missing, some superstar quality in midfield.

So it will be very exciting to see just who he announces that he will be joining in the coming days if reports are true as he will be a great signing for Manchester United and will be a brilliant addition to the Premier League.

As we said Manchester United will be very lucky to complete this transfer deal if reports are true and he is closing in on a deal for the Spaniard.

YOU MAY HAVE MISSED: Manchester United video of the week: Nagelsmann opens up and announces £68 million star Werner ‘pondering’ summer move