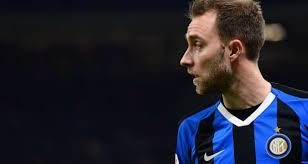 The Danish star almost died during the European Championships last summer and is very lucky to be alive, never-mind playing at a very high level in the Premier League.

He was ultimately let go by Inter Milan as Italy sporting regulations meant he couldn’t continue his career in Serie A as he has had an Implantable Cardioverter Defibrillator (ICD).

That allowed Brentford to swoop in and offer him a contract until the end of the season, and despite all the worries that he may not be able to cope – he has been brilliant for the club since his arrival

However, it is believed that he will once again be a free agent in the coming transfer window and there has been alot of speculation in the media that a number of big clubs – including Tottenham and Man United– are very much interested in a potential deal

“I don’t know what the future holds,” he told BBC Sport. “It will be a decision from a sporting perspective but also be a family perspective going into the decision of where we’re going to go.”

Asked if Brentford are in the conversation, he said: “They are, they definitely are. I haven’t made up my mind 100% of where I’m going.

“I have an idea, but what’s going to happen I don’t know. But Brentford are definitely in the category of one of the clubs.”

He added: “I’ve always wanted to win trophies. I’m always on the competitive side, I always want to be the best version possible in any way, playing at the highest level possible.

“In the end it takes time and also it changes perspective if something like that happens and how my family reacts.

“Just the feeling of being with my family is more important, not that it wasn’t important before, but you just realise: ‘Oh, this is something that I care about even more now’.”

YOU MAY HAVE MISSED: Man United ‘working on deal’ to sign £50M star who is perfect Ten Hag signing

ALSO CHECK OUT: Man United handed chance to land three-time Seria A winger after decision to leave Juventus made