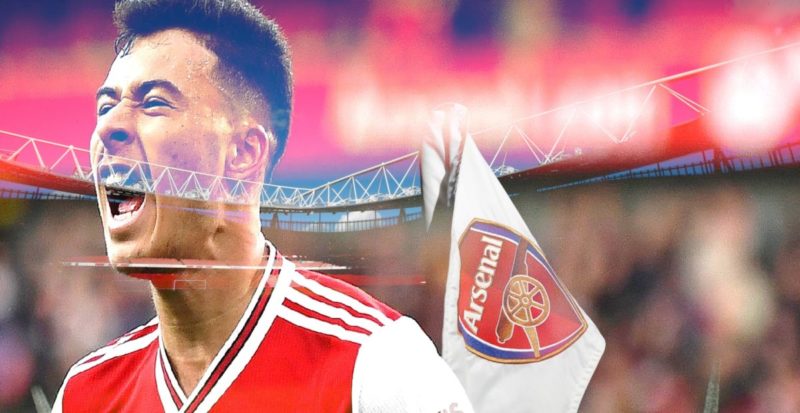 Marquinhos made 33 first team appearances during his time with Sao Paulo and was a part of the squad which won the Compeonato Paulista in 2021.

They confirmed on the club website: ‘Everyone at Arsenal welcomes Marquinhos to the club.

‘The transfer is subject to the completion of regulatory processes.’

Marquinhos is expected to link up with the club for pre-season, where the coaching staff will get a closer insight into the talent of the 19-year-old, before deciding whether a loan move is the best for the winger in the infancy of his career.

And ahead of his imminent arrival at the Emirates – Martineeli was one of the first to welcome the exciting attacker to the club – On his instagram, the new Gunners no.11 reacted to the new signing with love and support, writing “Welcome brother. We’re together”

Edu said: “We’re delighted to have completed the transfer with Sao Paulo, as Marquinhos was a player we had been watching for a while.

“At 19, he is still very young, so he is a player for the future. We look forward to Marquinhos now joining us for pre-season, making his new home, and continuing to grow and develop with us.”

Arteta already has enough exciting players at the club and needed to start the summer with a few experienced top level players – but what else did fans expect?

You May Have Missed: Arsenal have made moves to sign 18 goals and 13 assists star from Premier League rivals