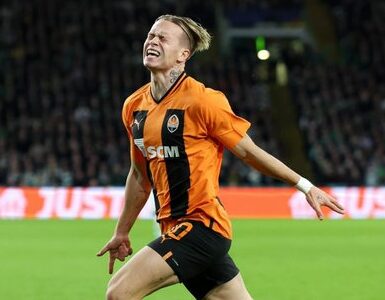 Arsenal are sitting at the very top of the Premier League – five points clear of Manchester City and playing some of the best football they have been playing for years.

But that has not stopped all the speculation and all the rumours about who the club could look to sign in the January window – and Mudryk is a man that the club are reportedly very interested in signing.

And recent reports on the Football.London website have claimed that Arsenal have submitted an offer to try and sign Mudryk – although it is nowhere near the clubs valuation of the attacker

Shakhtar’s director of football, Dario Srna, suggested this week that the winger could command a transfer fee of €100m (£87.5m).

Now – according to reporter Stanley – he is very interested in completing a move to the Emirates – he told icfootballnews:

‘Mudryk has really been impressing this season.

‘He has shown quality at the very highest level of the game – and shown that he is able to compete against the best on a weekly basis.

‘Arsenal do not need to spend crazy amounts of money and signs players that will be regular starters – they already have players for that – but they need stars that will make a difference.

‘I don’t think there’s any doubt that he’s already keen on this move.

‘S if they can get him for around the £30-40 million mark – he will be a very good addition to that Arsenal attack.’