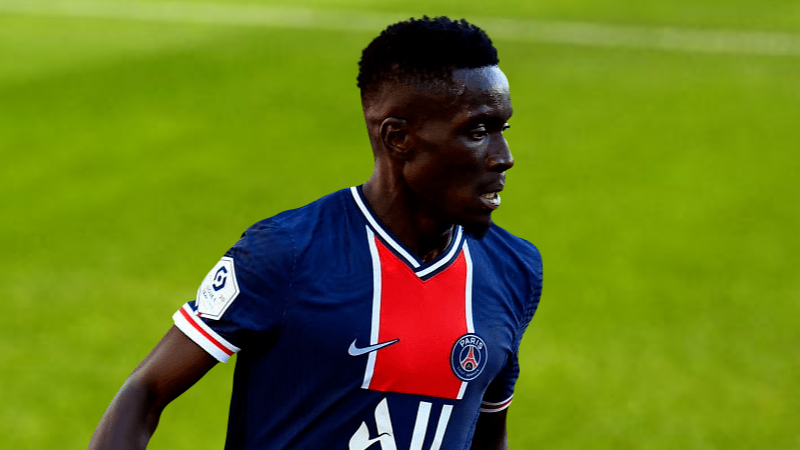 French football expert Jonathan Johnson has claimed it will be very difficult for Newcastle United to sign PSG star Idrissa Gueye this January.

Now many fans are starting to get excited about the possible new faces that could be arriving at the club over the next few weeks, as all the speculation has been picking up lately.

Kieran Tripper and Chris Wood were decent signings for the club, but there has been reports that Newcastle are very interested in raiding PSG this month for powerhouse midfielder Gueye.

According to recent reports on The Athletic, the Paris Saint-Germain midfielder has ‘featured in conversations’ regarding the January transfer window as Eddie Howe looks to bolster his squad.

However, amid the speculation that the Toon are keen, Johnson has opened up and admitted that it may be difficult for Newcastle to get a deal done, he told Sky Sports news: “For any club to have a player like Idrissa Gueye would be a real plus, and he’s come into his own more this season under Mauricio Pochettino.

“I think Gueye has proven important enough to not necessarily be sold this month. Maybe it’s one to revisit in the summer, but with the injury to Gini Wijnaldum, it’s difficult to see PSG sanctioning a move for Gueye who is a fixture when he is available.

“It’s more likely they’d let someone like Leandro Paredes go, but he might not be what Newcastle are looking for right now. If they stay in the Premier League, they will come back looking at players like Gueye.”

He has previously been called “perfect in every aspect of football” by his former manager Ronald Koeman, and the Magpies would be getting a player who excels at winning the ball back from the opposition

He would be a fantastic signing, but we cant see this happening this month

ALSO CHECK OUT: Another signing on way after Newcastle ‘agree personal terms’ with German International