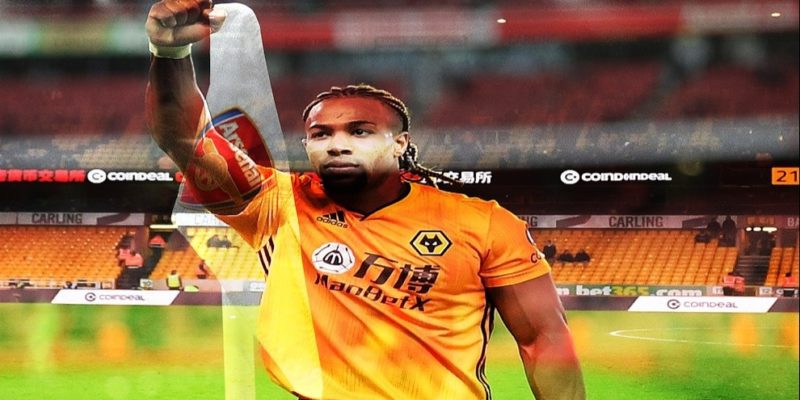 Martin Keown has urged Arsenal to make a move for Wolves star Adama Traore, but would he be a good signing?

It is no secret that Mikel Arteta NEEDS to strengthen his Arsenal squad over the course of the transfer window as a number of injuries and Covid-19 outbreaks have devastated his Gunners squad.

Tottenham boss Antonio Conte is keen to strengthen his squad with discussions ongoing over a move worth £20million for Traore– with Wolves ready to cash in with just 18 months left on Traore’s deal, and they are reportedly leading the chase for the big man.

However, former Gunners defender Keown however believes his old side should be rivalling Spurs for Traore’s signature, Keown told BBC Final Score: ‘I feel Traore is awesome at times and just for once, we have the satisfaction of seeing it.

‘It’s a lovely finish from him. I’d sign him if I was a manager. Arsenal – get in and buy him.’

There are many people out there that firmly believe Traore should be playing at one of the big clubs in the Premier League, and rightly so, he has many top qualities.

However, his final delivery is not good enough and right now, adding him to that Arsenal squad would not add goals to the attack.

The Gunners need a finisher this month and another central midfielder, so that is where there money should go, not splashing £40 million on a player that has scored once in the last 22 Premier League appearances.

So we would be very shocked to see Traore at Arsenal, especially as he does not have the final delivery to cut it at a club like the Gunners

YOU MAY HAVE MISSED: Defender sends message to Arsenal fans after OFFICIALLY completing January transfer deal

ALSO CHECK OUT: Announcement on way? after Arsenal have whopping €106 Million offer accepted