England Under-21 winger Madueke has now joined from PSV Eindhoven on a seven-and-a-half-year contract for a fee thought to be worth £35million. He could make his debut next week in Chelsea’s Friday Night Football clash at home to Fulham.

And Potter has now told the fans that they will enjoy watching the young man: “Noni is a young player, an exciting player, left-footed wide player that can give us balance and competition in that area,” he said.

“So he’s looking forward to starting his Chelsea career and we’re excited to have him. I think the supporters will really enjoy him.”

After sealing his move to the Premier League giants – Maduake opened up and admitted that he is very excited to play for one of the best clubs in world football. 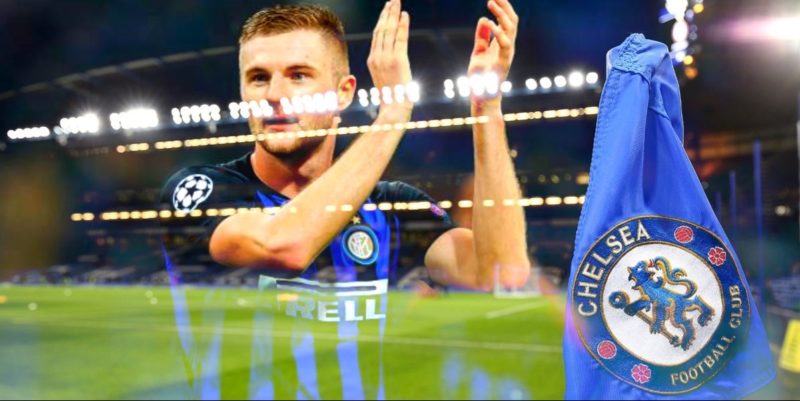 The agent of Inter Milan defender and Chelsea transfer target Milan Skriniar has revealed that the player has rejected a new contract at the Italian club.

Skriniar has made himself one of the very best defenders in the Italian game – but inter did not want to sell – and would only allow him to leave the club if their £85 million valuation was met – and it obviously was not.

However – with the January transfer window just a few days away from closing – The London based club is reportedly willing to offer €8 million per year in salary to lure the 27 year-old, who is out of contract at the end of the season, to Stamford Bridge

Now – Skriniar’s representative Roberto Sistici has said Inter put the offer of a new contract on the table in November, but the defender has rejected that deal – opening the door for the likes of PSG and Chelsea to try and get a deal done.

He said: “About a month later, before Christmas, I communicated to Inter the decision not to accept their offer, a choice reiterated at the beginning of January, before the Super Cup, when I also informed the managers [Giuseppe] Marotta and [Piero] Ausilio that we thought we were free to listen to offers from other clubs.

“Maybe it wasn’t mandatory communication, but for the player and myself it was the most correct way to proceed, knowing that seriousness and transparency are the best way to proceed for us. I repeat, we have never missed any appointment with Inter.”

If Chelsea are able to get the player for a bargain – line many people believe – he would be an absolutely fantastic signing. Reece James picked up a serious injury earlier in the season that has kept him out for a while now – and also kept him out of impressing at the World Cup with England.

He may be getting better and returning to action soon – but his departure has shown Graham Potter that he needs to delve into that transfer kitty and add another right-sided defender to the squad.

And that has led to constant speculation in the media that Gusto is a player that Chelsea was very much interested in signing.

Now – According to Fabrizio Romano, Chelsea is in direct talks with Lyon over the potential signing of Gusto and The player is keen to join Chelsea despite the fact that he will face competition in that position from Reece James.

Romano claims Chelsea have already reached a personal agreement with the defender. However, Lyon are reluctant to lose their prized asset in January and have turned down Chelsea’s opening bid for the teenager.

Chelsea have proven this January window that if they want to sign a player – they will – and that is what they will do with Gusto.

It does not matter that he may not be good enough for the Premier League – if Chelsea believe that he can make an impact on the squad – then they will make their moves to try and get a deal done.

There is always space to add some depth to the squad and with James always injured – they need to add another right-back in that position this transfer window or at the end of the season.

So, it will be interesting to see if he does arrive in the next couple of weeks – as Chelsea are not messing about with new signings